If you're planning to open a gas station, security should be a topic that is on your mind. While you might plan to install security cameras inside and outside of the building, you should also think about having one or more trained security officers on your property. Being proactive by hiring security now, rather than potentially having criminals target your gas station from the time that it opens, can send a clear message to the community that you aren't going to tolerate any unlawful activity at your business. The presence of professional security guards can prevent these unwanted activities.

Gas theft is a serious issue that can affect your gas station's revenue and waste your time because you will have to make a police report each time it occurs. While security cameras may help with gas theft to some degree, a motorist who obstructs their vehicle's license plate and wears clothing to conceal their identity has a good chance of filling their vehicle and driving away without ever facing justice. The presence of a security officer on patrol at your gas station can serve as a significant deterrent to anyone who is thinking about committing this crime.

Gas stations often face problems with shoplifters. Some shoplifters work alone, while others work in groups — with one person distracting the gas station clerk with conversation as the accomplices steal items off the shelves. Like gas theft, shoplifting can cut into your station's profits. It can also reduce your inventory, which may make honest customers decide to shop elsewhere. Having a security officer inside of your gas station, perhaps walking through the building or sitting and watching security camera feeds, can decrease shoplifting incidents. Should someone attempt to steal something, your trained officer could quickly intervene and detain the culprit until the police arrive.

Many gas stations have problems with littering. For example, a person may buy a snack in the store and then toss the empty wrapper in the parking lot as they leave. Some people might dismiss this issue as not being as serious as gas theft and shoplifting, but it causes its own set of problems. Namely, if your gas station begins to look unkempt because of litter around it, motorists may decide to go elsewhere to get their gas. Those who might think about littering would be less apt to do so upon seeing a uniformed security professional on the premises. Contact a security company to learn how it can help your gas station. 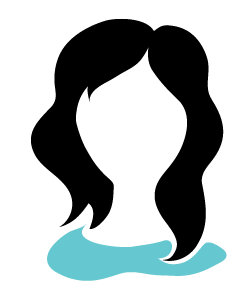 How Security Guard Services Can Boost Your Event Organizing Business
30 January 2023
For event organizers, safety and security are essential for the success of every gathering. As such, partnering with a security guard service to help …

3 Benefits Of Security Guard Patrol Services In Your School
19 December 2022
Most school owners strive to get the best teachers, trainers, and educators to work in their schools. In addition, they aim to ensure that their stude …

What Kinds Of Buildings Need Fire Watch Security?
19 October 2022
If you own a building, you may wonder if you'd benefit from fire watch security. Fire watch security is a service that can be used in a variety of set …